Originally a 1930’s detached 4 bedroom property, this house was extended in the late 1990’s and had not been altered since. The client’s primary objective was to make it a modern family home that “can be open, bright and welcoming, with the kitchen and garden being the heart of the house”.

The existing ground floor layout felt very dark, cold and enclosed, partly due to the rear extensions added in the late 1990’s, but also the high window sills, use of dark wood throughout including wall panelling to entrance hall and stairs. The first floor consisted of 4 bedrooms of 2 large double rooms on one side of the house and 2 small single rooms on the other side. The overall layout felt unbalanced to the generous open gallery landing and stairs. The open attic storage space although partly boarded out, was difficult to access and appeared underused as a space.

It was recognised at the outset that the 1930’s original arch entrance feature provided the focal point on approaching the property. Its central location within the house provided the opportunity to incorporate a clear visual axis leading to the garden at the rear.

The client’s desire to have a family home connected to the garden made it ideal to open up the rear internal layout of the house into an open plan, kitchen, dining and family living space. The connection with the garden was provided by a 6m wide clear span full height glazed sliding doors and a separate full height glazed screen to kitchen area.

The existing front room was retained as a quiet sitting room and a new children’s playroom and a side extension for a gym with larger utility and boot room included to the rear replaced the existing single narrow garage.

By extending the first floor over what was the garage the existing single bedrooms were turned into large double bedrooms with access to a Jack & Jill ensuite.

The existing large family bathroom layout was reconfigured to provide the master bedroom ensuite with twin washbasins and a walk in shower.

A separate secondary staircase was also incorporated to provide access to the extended attic space which was fitted out as a study office / additional guest bedroom.

Externally the house was fully insulated to existing suspended timber floors, insulated render to masonry walls and roof retiled and insulated. All windows and external doors were replaced in ppc aluminium glazed units throughout.

Other consultants involved with this project include: 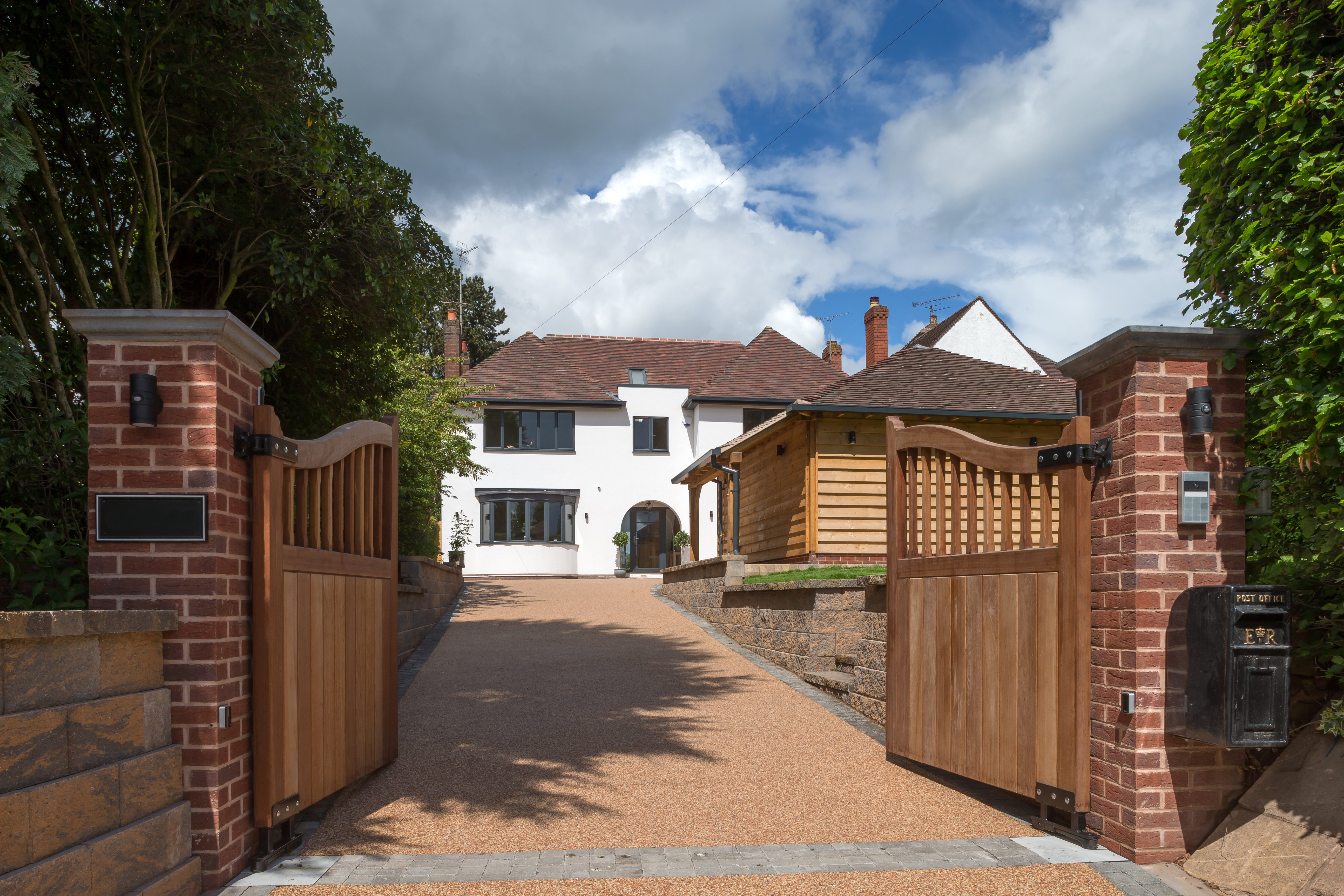 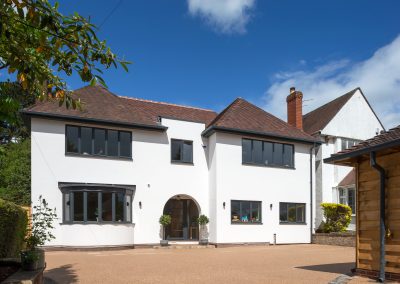 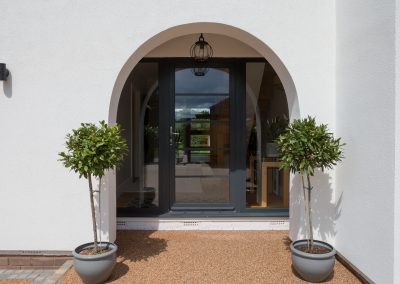 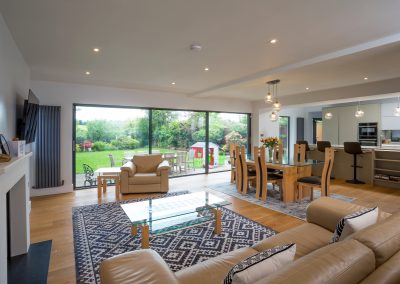 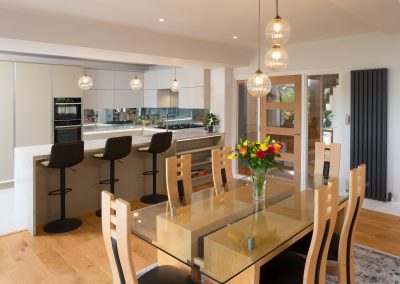 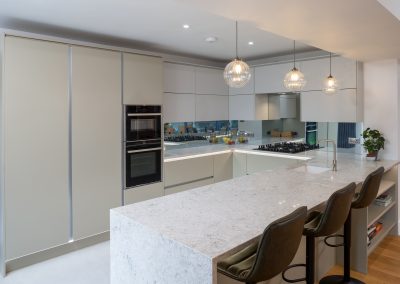 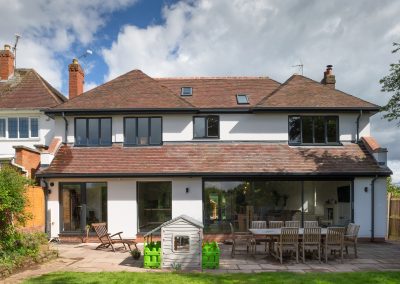 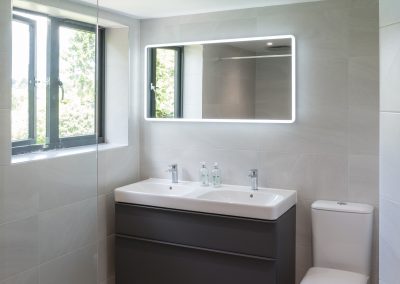 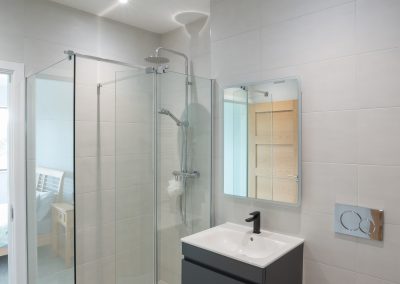 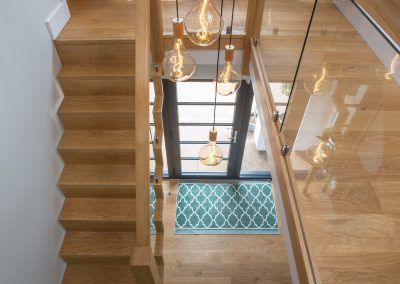 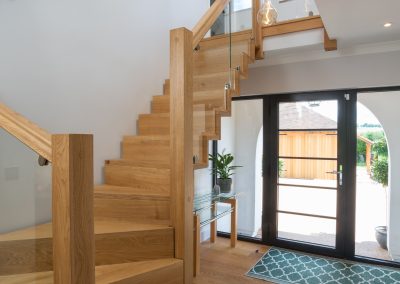 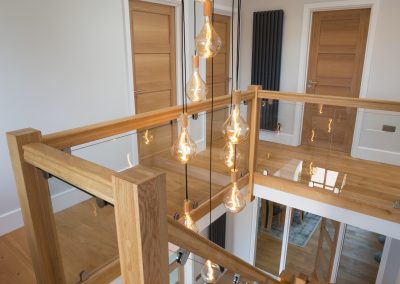 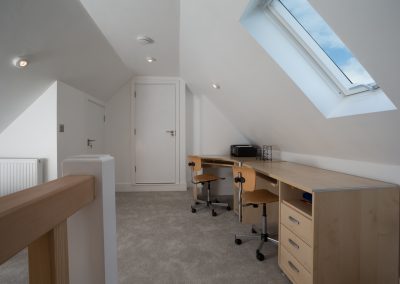 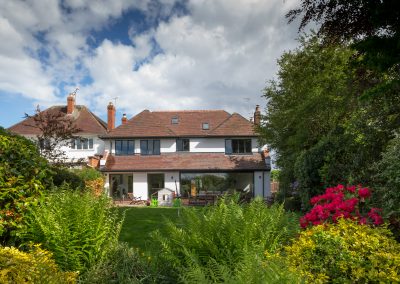 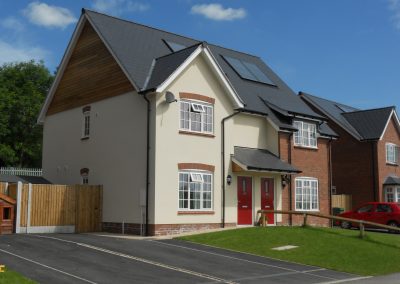 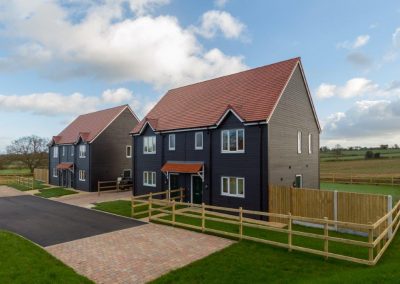 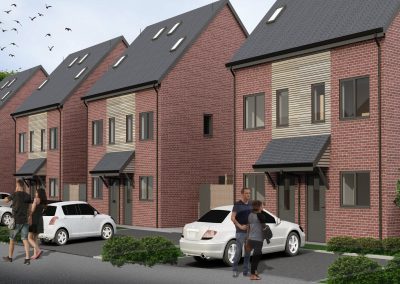 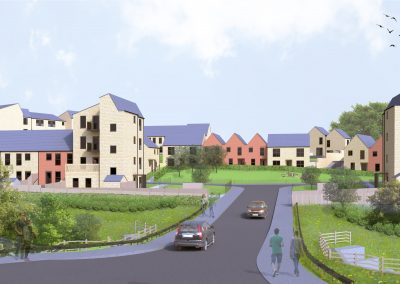 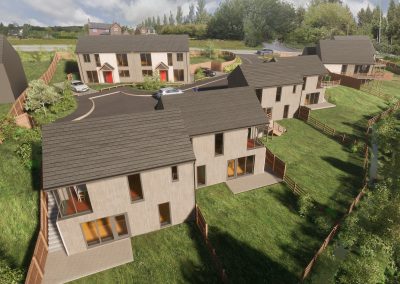 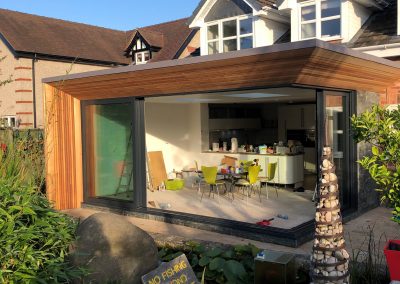 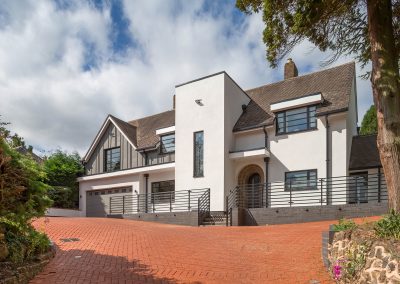 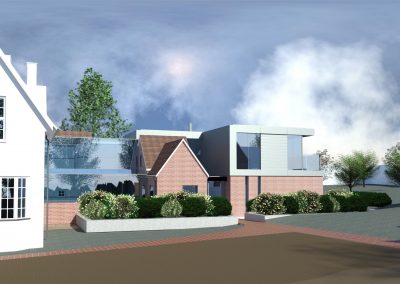 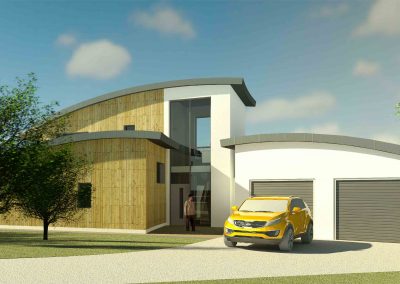